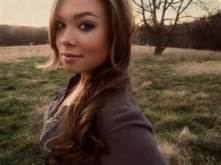 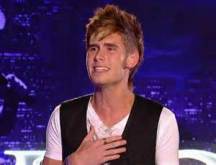 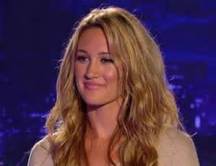 No comments this time, just my best attempts to remind you who they are for reference. Once we get past the next couple of shows things will really start to take shape, as we get to know all of the contenders.

x- Amy Brumfield: Tent girl. She is really short, like four-ten or something.

26- Samantha Novacek: Stony faced blonde belter. I sent you a link to her Adele song.

22- Phillip Phillips: Guitar man with the weird voice, looks sort of like one of those guys from the vampire movies.

20- Molly Hunt: She’s blonde, sort of a Carrie Underwood face; terrific songwriter with some songs up on Youtube, slick stuff.

19- Lauren Gray: Blues singer who sings with her father in the Wedding business.

17- Jeremy Rosado: Thick Hispanic kid with short hair and a round face.

12- Mathenee Treco: Jacob Lusk doppelganger, though more of a pop singer and he might be less of a jerk. Oh, and he can sing in tune.

10- Jermaine Jones: Six foot eight and a half (don’t forget the half) mama’s boy with the deep, deep voice.

6- Brittany Zika: Trippy Mcsomething; cute clowning blonde with the monster voice, wore the hat that Randy made her take off.

5- Jairon Jackson: Looks like a tiny Wes Unseld, or kind of a scale model cross between Charles Barkley and Nell Carter. He did the original (at his audition) that blew up the internet a few weeks ago.

3- Shannon Magrane: The lovechild of a very tall teenaged superhero and Bambi. The Deer, not the serial killer. Dad is Joe Magrane, the former pitcher.

2- Ashley Robles: Pilipino office worker with a small kid, blew up “I Will Always Love You” at her audition. For some reason she reminds me of that female rabbit that used to show up in Bugs Bunny cartoons occasionally.