The kid has a good voice but she’s still a little bit inconsistent – and more than a little raw in her phrasing, her rhythms, her intonation, her command, her.. well, everything. It doesn’t help that she is continually distracted by her mother’s attempts to breastfeed her.

The Idol judges were intimidated, I think, letting the old diva bully them into letting her talented but nowhere near ready for prime time daughter through to the live shows. It ain’t ending well.

The picture up there doesn’t show it – I think that one is a couple of years old – but Gianna in dim light and from the right angle looks strikingly like Jennifer Grey in Dirty Dancing. If she survives a few weeks maybe she can duet the theme song with J8 and re-enact the dance?

Like any self-respecting teenaged girl singer, Gianna tried some Adele. Like any undercooked talent, she had some good moments but she mostly butchered it.

Semifinal performance: “I put a Spell on You” – Annie Lennox

I don’t know why they called it an Annie Lennox song, but whatever. Gianna has a strong, richly textured voice, and just enough knowledge to get herself in trouble. She’s like a good high school golfer: she can hit long straight drives, crisp irons, smooth chips, and strike firm putts. If she doesn’t hit it crooked she can shoot a score that looks as good as a pro’s score – but if she mishits juuuust a little bit the whole world is reminded that she’s not a pro. Not yet, anyway.

Gianna’s voice is so bright that she could contend if she wasn’t so inexperienced. She’s like a deer running around in the woods; most of the time she seems so athletic, so talented, so coordinated, but then she’ll run into a tree at full speed, knocking herself out. She avoided the big trees tonight, so J8 better be on his A game.

Gianna Isabella, “I Put a Spell on You”

Gianna’s inexperience shows up in her phrasing as much as anywhere else – she sounds really amateurish whenever she has to do a complicated rhythm – plus she has that dreaded early adolescent upper range problem (she ain’t got none). She could have used that big note at the end, and she tried to find it but all she could manage was a harsh, sandpapery silhouette of a high note. All that said,though, I thought she was pretty good by her established standards tonight, and she’s getting better every week. 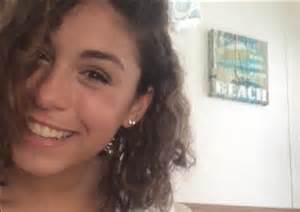 That last look she gave at the end of the song, out to the crowd, was pure “did I pass the test?” to her mother, I think. Gianna doesn’t have smooth phrasing or perfect pitch or a powerful upper range, but she gets better every time, to the point where she is almost passable now. With her growing bag of tricks – she added a growl this week – her bright, shiny tone, and her bright, shiny tweener personality, Gianna is starting to nip at the edges of contention.

Judges: I don’t know why they chose now to suddenly notice that Gianna is 15 years old and inexperienced, right about the time she is starting to figure it out a little.

And then there were 8

Gianna Isabella “If I Ain’t Got You” Alicia Keys

Dead girl walking, but surprisingly Gianna was dammed good! She still isn’t refined, especially in her upper range where she sometimes shouts – and her tone gets as threadbare as an old afghan – but I think the kid earned her stripes a little tonight. She honestly should have been done weeks ago, but to her credit she worked hard and got a lot better as the season went on. She has a cheerful, bright tone to her voice, so she has a chance to be something down the road.