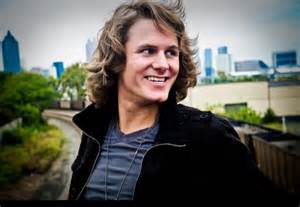 I’m a cynical bastard about people who act like God is in the next room watching TV, but nice is nice. Jordan and his wife are genuinely nice people. I found this gofundme page that detailed their missionary trip to Costa Rica.

Like I said I get cringy when people refer to God so casually, like He just went to the bathroom and He’ll be out in a minute, but there is a larger point here. Alex Sasser was dumped by the judges at her audition. I think she deserves to be heard (she’s really good) and given some respect for handling the disappointment, chinning up, and rooting her husband on – even though she knows she should be there, too.

I said at Jordan’s audition that the judges might have taken both Sassers had Jordan gone first, because Alex (Jordan’s wife) played a cute little song with a pink ukelele. They thought she was a joke audition.

Here is a video of the Sassers singing together.

I have no idea whether Alex is good enough that they could have become Idol’s first married couple to make the finals, but I see no reason why she couldn’t have made it. She has a tone that can’t be taught, and it’s safe to say that she wouldn’t have had any issues dealing with group night or any other adversity.

Anyway, Jordan isn’t perfect. He has a commercial, interesting voice – he sounds a lot like Steve Winwood – but his rhythm sense can be, to be blunt, a little bit white. He ain’t Pat Boone,  but he ain’t Steve Winwood, either. He’ll probably last a few weeks if he survives the first round, but I would be shocked if he made it to the top five.

Semifinal performance: “All by Myself” – Celine Dion

Eric Carmen,  but never mind. He did Celine’s version, which was a bad idea in front of judges old enough to have heard the original.

I hate the song choice for Jordan; he’s already at risk of sounding too white, and he sang one of the whitest songs ever written in one of the whitest ways possible. None of that would have mattered if he nailed it, but I felt like he promised this massive thing and then he delivered something smaller, like watching someone light off a huge firework and watching it fizzle and pop a little, then fall over. The whole thing was underwhelming and unimpressive to me.

Jordan needed to be better than this tonight.

Rather than dumbing her performance down – like she did with LaPorsha – Fantasia pulled every stop, nailed every note, and played every trick in her bag – and blew Jordan off the stage like she was the Big Bad Wolf and Jordan was a trailer park. He hit one nice passage, but for most of the song he was hanging on, trying not to get thrown into the crowd by the force of Fantasia’s performance.