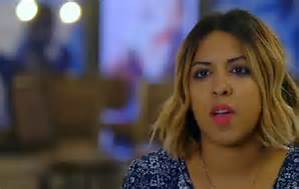 Jessica Cabral, 21. She is the sort of pure pop performer Idol is known for churning out. Sort of a cross between Adele and Alicia Keys, she has Adele’s power and Alicia’s frilly edges, and she has the sort of command, intonation, and control that we can expect from a singer trained from an early age. Her main weakness is that she may not have the top gear or quite enough power in her upper range to keep from straining. She can hit some high notes but she has to work for ‘em … She is absolutely a contender, almost a standout but I worry that, like Dalton from a couple of weeks ago, she could have vocal issues when she is forced to sing under duress, without sleep.

Brian Dale Brown, 27. Name one thing Kevin James has over this naturally funny guy … he’s fodder in a singing competition, but his voice is no joke and he’s easy to root for.

Melany Huber, 17. She has that killer, natural scratch and a cool, Bonnie Raitt tone; she ain’t Bonnie Raitt – she rides her voice like a barrel racer more than she keeps it in the bridle – and she needs to get her a better guitar, or at least put some new strings on the old one and tune it up.

Rachel Karryn, 20. Next three came in the Dread Pirate Montage… I think Rachel is probably up against it. Her voice is good but not particularly memorable … fodder. 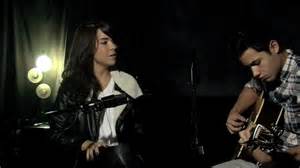 Caroline Byrne, 25. She has a commercial tone and good command, but I don’t think she has enough voice to get to the live shows … sleeper; her tone is too nice to dismiss, but she probably needs to be perfect and have a semi-moment to get through this crowd.

Bianca Espinal, 22. She has a strong voice but she can’t sing in tune … fodder; she was on the Voice but didn’t pass the chair stage.

Chynna Sherrod, 16. She looks a little like Candice Glover. Like Candice she auditioned for the show about five years before she was ready, in her case for an obvious reason (the show ending). She has a sweet voice and good touch on her guitar, but her picking was inconsistent and she kept running out of breath … fodder, but capable of surprising with that sweet tone.

Lillian Glanton, 15. Harry’s right; her voice ain’t fully cooked yet, but she is either the cutest little bugger the show’s ever seen, the most annoying, or both. With her backwoods accent motor mouth and her tiny little head with huge, lantern eyes, she is like a little redneck, vacuum cleaner salesman E.T. …. she’s total fodder, probably the weakest singer they passed through, but I wouldn’t bet against her finding a way to get her share of attention in Hollywood. She’s like a human firefly buzzing everywhere, and everyone.

Kacye Haynes, 23. Less than a year sober sounds a little ominous for a kid heading for the Hollywood meat grinder, but he didn’t seem nervous or out of sorts in his audition so I ain’t going to worry about it. Besides, it won’t hurt me a bit – well, other than when I have to watch him sing, he makes painful faces. He’s the first true rocker I’ve heard, so he might have a niche to fill … sleepy contender, with a little Springsteen comparison potential for the faces. 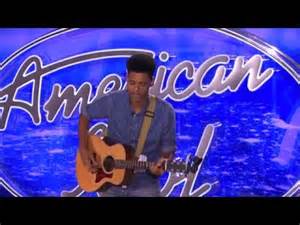 Zach Person, 18. I get the tiniest twinge of nervousness about him because his guitar work got sloppy here and there and his notes weren’t all perfectly on the tuning fork, but he has a ton of style and panache and an interesting voice. He should sail to the live shows before anyone asks him to be perfect … standout number five, and he has some room to improve that many of the other kids don’t have because they have specific, limited styles. Zach could be anything at this point, like Olivia Hill.

Collette Lush, 19. She has a howitzer and some control, and she can hit her upper range without straining… sneaky little sleeper; I wouldn’t mind getting a few bucks down on her at the 10,000-1 odds I’m sure Vegas would give me. Her videos show a different character than Idol did. She seems serious and artistic, not a weirdo who is obsessed with her hair color. 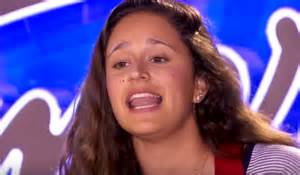 Avalon Young, 21. Buddies with former Idol finalist Andrew Garcia, she has a slight Hispanic accent, giving her phrasing a lilt that makes her sound unique despite having a fairly pedestrian voice. If she can stay in tune she should last a while, but she hit a few sour notes … I won’t say fodder, I think she’ll last a while, but I doubt she’s going to make it to the live shows. My guess is that she sounds the same no matter what she sings, which would be wonderful in a coffee house but it ain’t going to cut it on Idol – not this year. She says literally a lot. I mean, literally a lot.

Usen Isong, 23. Too over the top and it’s an open question whether or not he can sing in tempo, but he has a legitimate voice … I think he’s fodder, but maybe I should just call him a cipher; it will take us longer to figure him out.

Jaci Butler, 19. The judges picked up on something I noticed too – it took her a few lines to stop missing the band behind her and just swing the rhythm herself. She was wooden and a little off kilter at first, but by the end she was in complete control. I think she’ll be the opposite of Usen Ison, the previous auditioner; she will be better at tempo, surrounded by instruments, than she was by herself … interesting sleeper; she’ll in the top twenty in my power rankings. She might have some potential the vocal coaches can tap into that her garage band buddies couldn’t, and pull a Haley Reinhart (keep getting better as she goes along, rather than stagnate or fall apart like most of them do). 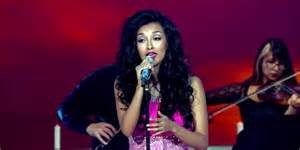 Stephany Negrete, 21. She has range and a good tone, but I want to hear her sing with the clock on before I assume she can do it. She was even more out of time than Usen Isong, and I called him fodder because of it …. No idea until she sings in time, but she has a lot of voice. That’s a good start. The video link – to Adele’s “Rolling in the Deep” – doesn’t really tell me if she can sing at tempo either; her phrasing is a little weird. The voice is real, though. And fabulous! (just kidding, Seinfeld reference). It’s good, though.

Manny Torres, 20. He got the pimp spot – the pimp spot of all pimp spots, since this is the final audition show – and there was no doubt he was going to get a ticket, but that’s about as far as I want to go with him … borderline as a contender – he’s more lounge lizard than musical genius, if you ask me.